Oh hey, looks like those bats are actually used for something!

That button on top right there? The Patreon button? IT WORKS NOW!

That's right, I have an official patreon right now, starting to pay more to run the site so I was hoping the patreon can help at least let me keep the comic running comfortably!

That's the big news I was waiting to post! I'll be updating my patreon with relevant posts from now on, exclusive access for people depending on tiers, a ton of cool stuff too, you can even be permanently referenced on the site and be credited as someone who helps BCCR stay afloat!

Right now it's a little bare as a patreon, but I'll be doing stuff to keep it super active!

Also be sure to check me out on twitter @GENC____ for more updates to come, and general updates!

See you next week, adios amigos! 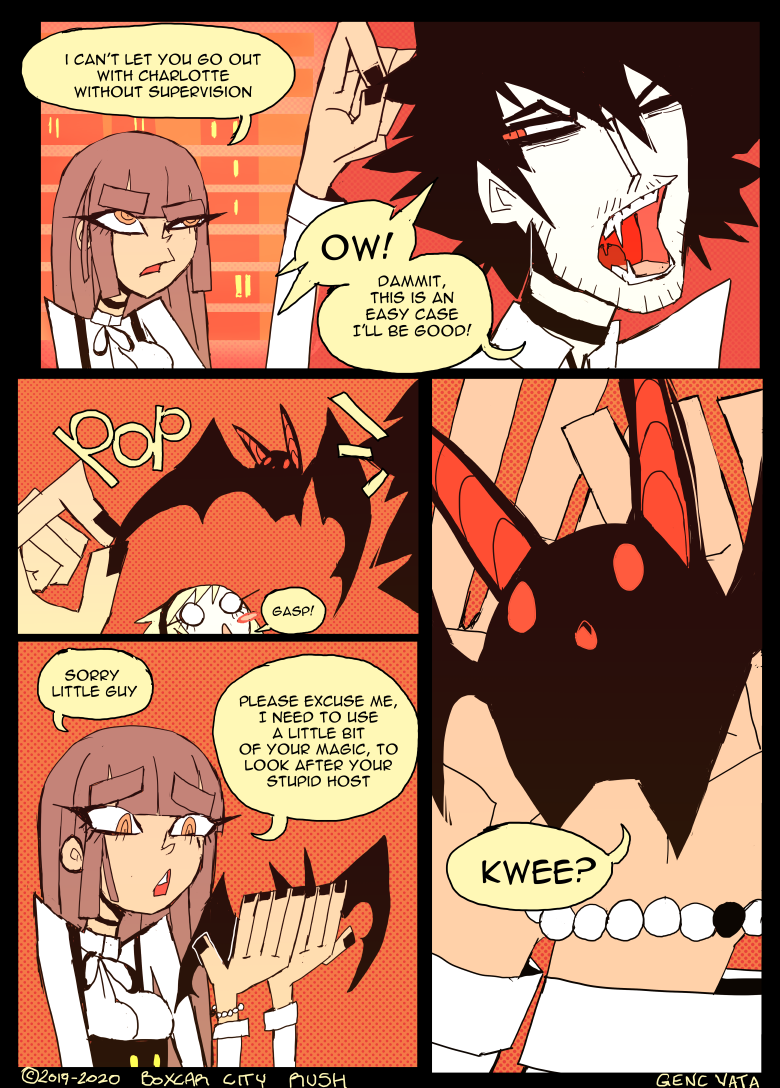